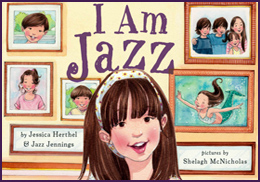 Summary: Jazz is just a regular girl!  She loves dancing, the color pink, and mermaids.  Jazz also has a “girl brain but a boy body”.  Jazz explains that she is transgender, and she has always felt like a girl (even if her family was confused and thought she was a boy).  Jazz explains that when she was young, she would feel sad when her parents would make her wear “boy clothes” outside of the house.  Jazz tells us that one day her parents took her to meet a new doctor that asked lots of questions, and then told her parents that Jazz was transgender.  Jazz then tells the reader how happy she was that her parents supported her, and let her start wearing “girl clothes” to school.  She says that she feels good when she does things like play on the girls soccer team, and ignores kids in her school that make fun of her.  The book closes with Jazz saying she doesn’t mind being different, because she is special and proud to be who she is.

This book is great for readers of any age, introducing the real-life experiences of of trans youth in a thoughtful, understandable way.  The prevailing notion of living your own personal truth has been a very strong narrative most recently, and Jazz’s story adds her valuable experience.  The idea of hormone blockers or surgery is not addressed.  The last page of the book also includes information about the TransKids Purple Rainbow Foundation as well as photos of Jazz as a young child. 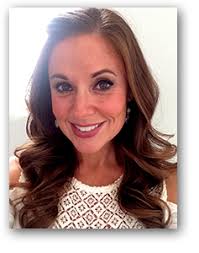 Jessica Herthel is the co-author of the critically acclaimed children’s picture book about a transgender girl, entitled I Am Jazz. The American Library Association recently ranked I Am Jazz number 3 on its list of the country’s Top 10 Most Challenged Books of 2015, and it is consistently named a Best Seller in Amazon’s children’s sections. Today, Jessica travels around the country speaking to students, parents, teachers, politicians, and non-profit groups about how to use the book as a teaching tool, and why it is imperative to make schools and communities a safer place for all children. Her mix of booksmarts and humor can put even the most reluctant audiences at ease. And because Jessica comes to this work as a straight ally, no question is off-limits or too personal. A session with Jessica provides audiences with a better understanding of what it means to be transgender or a transgender ally in today’s rapidly changing world; and how to support unconditionally the friends, students, coworkers, or family members in our lives our lives who, for whatever reason, need to be reminded that “different is special.” 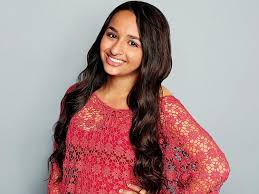 Jazz Jennings is an American YouTube personality, spokesmodel, television personality, and LGBT rights activist.  Jennings, a transgender teenage girl, is notable for being one of the youngest publicly documented people to be identified as transgender, and for being the youngest person to become a national transgender figure. Jennings received national attention in 2007 when an interview with Barbara Walters aired on 20/20, which led to other high-profile interviews and appearances. Christine Connelly, a member of the board of directors for the Boston Alliance of Gay, Lesbian, Bisexual and Transgender Youth, stated, “She was the first young person who picked up the national spotlight, went on TV and was able to articulate her perspective and point of view with such innocence.” Her parents noted that Jennings was clear on being female as soon as she could speak. Jennings is an honorary co-founder of the TransKids Purple Rainbow Foundation, which she and her parents founded in 2007 to assist transgender youth. In 2013, she founded Purple Rainbow Tails, a company in which she fashions rubber mermaid tails to raise money for transgender children. Jennings hosts a series of YouTube videos about her life, titled “I Am Jazz”, making her one of the youngest trans women in history to speak out on issues publicly. Jennings stars in the TLC reality TV series, I Am Jazz, which focuses on her life with her family as a teenager and as a transgender youth. The series premiered on July 15, 2015. 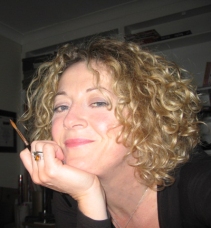 Shelagh McNicholas studied Illustration at Kingston Polytechnic and now lives in Liverpool with her daughter Molly…her constant inspiration, and their cat ‘Jelli’. She specializes in Children’s Book illustration including picture book, educational and special needs work. She is passionate about drawing and painting, always having a sketch book in her pocket to capture the moment. These include sketching behind the scenes at Wimbledon Theatre, ballet classes and farm yards. Shelagh is happiest when surrounded by children in their own little worlds, sketching them just being themselves, never spending more than seconds on catching the pose or scenario. Returning to the peace and quiet of her studio to draw and paint where she develops the characters to fit a specific brief. Most of her picture book artwork is created using a 3b soft pencil and watercolors. She is currently illustrating picture books for the USA and Australia working with publishers such as Scholastic USA, Random House, Tiger Tales and Hinkler and I am working on a few stories of my own!

← Shark Lady: The True Story of How Eugenie Clark Became the Ocean’s Most Fearless Scientist
When You Look Out the Window: How Phyllis Lyon and Del Martin Built a Community → 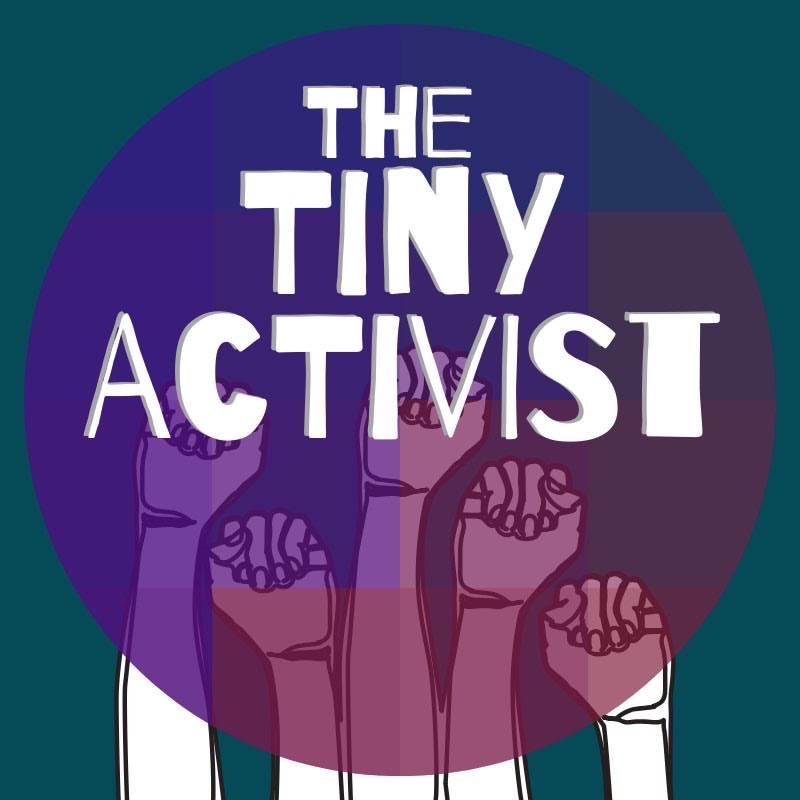