Summary: This book goes deep into the history of some of the greatest pirates to ever sail the high seas: the women. Grania O’Malley, Alfhild, Lady Killigrew, and Rachel Wall are some of the 13 pirates covered in this historical text. The text is written for a young adult reader, but also perfect for a bedtime story or for a younger classroom (some text may have to be verbally revised for the youngest listeners, the book does not shy away from death). 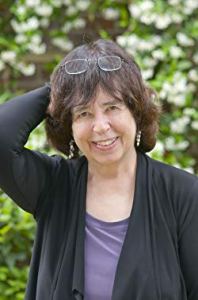 Jane Yolen is an author of children’s books, fantasy, and science fiction, including Owl Moon, The Devil’s Arithmetic, and How Do Dinosaurs Say Goodnight? She is also a poet, a teacher of writing and literature, and a reviewer of children’s literature. She has been called the Hans Christian Andersen of America and the Aesop of the twentieth century. Jane Yolen’s books and stories have won the Caldecott Medal, two Nebula Awards, two Christopher Medals, the World Fantasy Award, three Mythopoeic Fantasy Awards, the Golden Kite Award, the Jewish Book Award, the World Fantasy Association’s Lifetime Achievement Award, and the Association of Jewish Libraries Award among many others. This website presents information about her over three hundred books for children. It also contains essays, poems, answers to frequently asked questions, a brief biography, her travel schedule, and links to resources for teachers and writers. It is intended for children, teachers, writers, storytellers, and lovers of children’s literature.

Christine Joy Pratt’s pen-and-ink illustrations are alive with action and excitement.She is the illustrator of This is America, Pua’s Paniolo Parade and Plantation Child and Other Stories. She lives in Hawai’i.

← I Am Not A Number
How Mamas Love Their Babies →