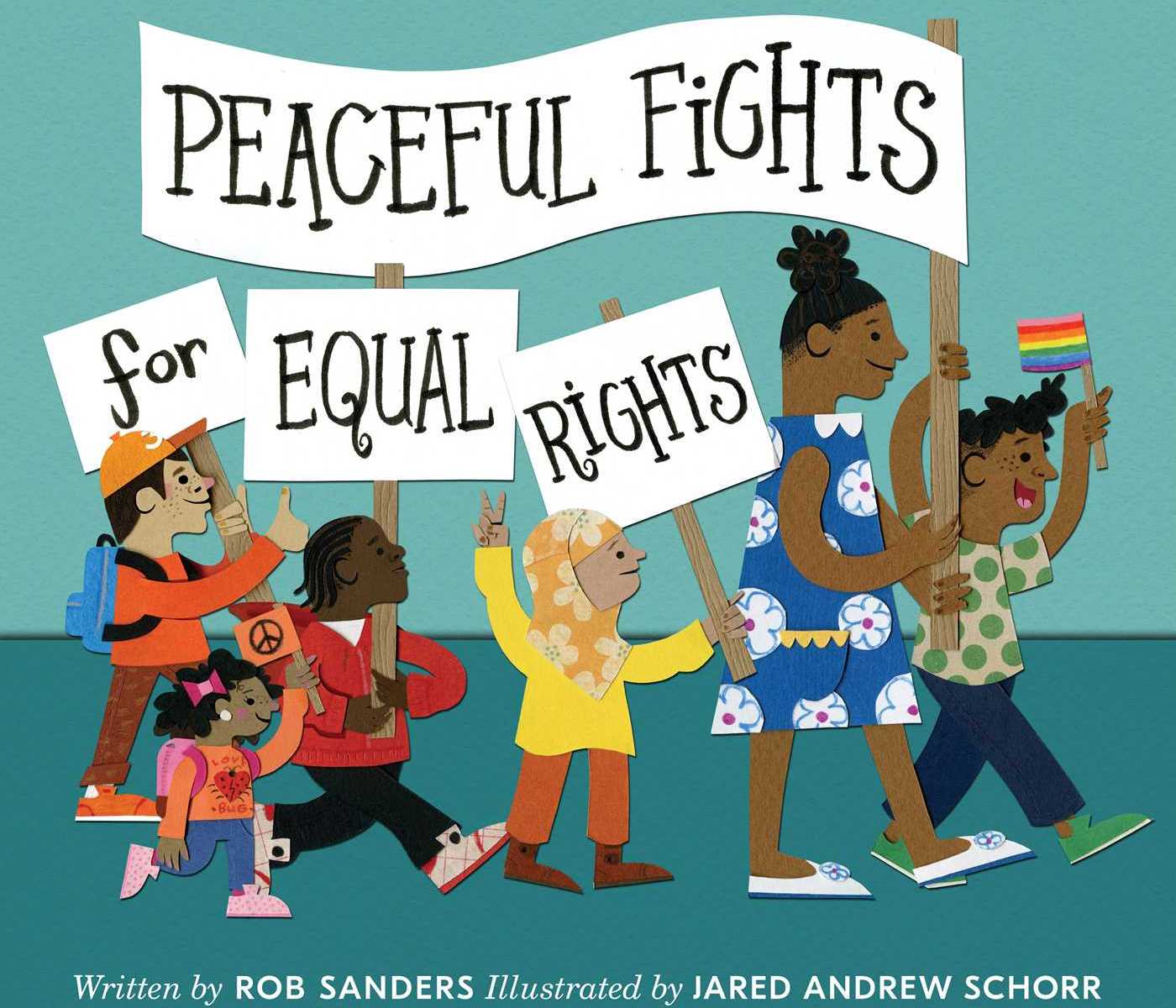 Summary: This book is an alphabetical look at how to peacefully protest.  Non-traditional in it’s setup, this book offers suggestions about everyday activism one can become involved with, and lets the reader know that there’s more to activism than just marching in the streets.  Educate. Encourage.  Be Fearless.  Have Faith.  Inform. Invite. Join others.  Quietly do what’s right.

With beautiful cut paper collage illustrations, these diverse characters embody what activism is and what it looks like on the ground.  Work for it.  Be nonviolent.  Volunteer.  At the back, there is a history of peaceful protests, detailing the Civil Rights movement of the 1950’s and 1960’s as well as some of the most well-known advocates for change, Dr. Martin Luther King Jr. and Cesar Chavez.  After that is an extensive glossary which explains over 30 common activist terms such as vigil, assemble, zealous, mediate, and exemplify.  This book is a beautiful representation of what it means to be an advocate and uplift marginalized groups, as well as teach others to do the same.

Throughout junior high and high school, Rob Sanders had wonderful English teachers who taught him to diagram sentences, speak in public, read the classics, show what he learned in creative ways, and who taught him to write. He wrote letters, poems, stories, plays, radio scripts, and more. Even now those teachers would be considered among the best. He is still reading and writing today. As a matter of fact, every school day he teaches kids about words and books, and stories and writing. Helping his students become strong writers is his favorite thing to do. Now he also writes books. Explore his website and learn all about them! 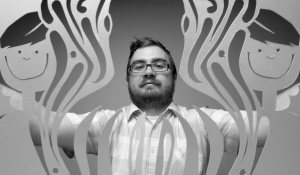 Jared Andrew Schorr is an illustrator living in Southern California. He specializes in creating detailed work entirely from cut paper. His work has appeared in many publications, as well as in galleries and homes around the world.

← In Our Mothers’ House
Lights! Camera! Alice! The Thrilling True Adventures of the First Woman Filmmaker →