For ages: 5 years and up

Summary: This book takes place on December 1st, 1955.  This is also the historic day when Rosa Parks refused to give up her seat on a public bus to a white person.  The narrator is a young boy, sitting with his mother in the back of the bus.  The narrator spies a woman he knows, Mrs. Parks, at the front of the bus.  When the bus fills up, a voice demands that some folks move to the back.  Some people move, but one doesn’t.  The narrator can’t hear exactly what’s happening, but his mother tells him to be quiet and they both strain to listen.  He recognizes that his mother is using a serious voice, and he waits and waits while the bus that should be moving along the route continues to be stopped.  He realizes that Mrs. Parks is in the front of the bus with fierce eyes he compares to a lightning storm.  A police officer gets on the bus, and begins to question why Mrs. Parks won’t give up her seat.  She’s arrested, and escorted off the bus.  The book ends with the narrator noticing his mother has a lightning storm in her eyes now, and notices that he feels a little stronger than yesterday.

This book is a great introduction to both the Civil Rights movement and activism.  Written from the boy’s perspective helps young readers empathize and become engaged with the story.  The plot line easily opens up discussions for fairness, racism, activism, and historical figures.  While Rosa Parks certainly wasn’t the first woman to partake in this specific form of activism and rebellion on public transportation (one was, among many others, Claudette Colvin!) she is certainly the most well-known.  While Rosa was far from the kindly old lady who was just fed-up, she is a figurehead in history and a worthy role-model for any child!

It is crucial to recognize that the story most individuals are taught in schools about Rosa Parks has been watered down and made palatable.  She was a well-established activist by the time these boycotts came around, and had indeed been happening on public buses since the 1940’s.  We believe that it is important to have a highly accessible entry point for children learning about activism, but it must not stop there! 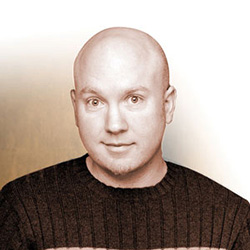 Aaron Reynolds is the author of numerous great books for kids, including “Chicks and Salsa”, “Tale of the Poisonous Yuck Bugs, The Nineteenth of Maquerk, “and “Breaking Out of the Bungle Bird. “He lives near Chicago, where his wife, two kids, and four cats keep life spicy.

Floyd Cooper received a Coretta Scott King Award for his illustrations in The Blacker the Berry and a Coretta Scott King Honor for Brown Honey in Broomwheat Tea and I Have Heard of a Land. Born and raised in Tulsa, Oklahoma, Mr. Cooper received a degree in fine arts from the University of Oklahoma and, after graduating, worked as an artist for a major greeting card company. In 1984, he came to New York City to pursue a career as an illustrator of books, and he now lives in Easton, Pennsylvania, with his wife and children. 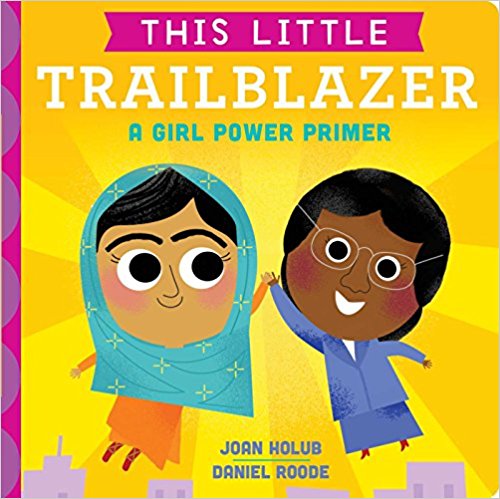 Summary: This board book introduces women throughout history at a basic level for young children. Impressive vocabulary to use with children will help develop their literacy skills, either by reading it themselves or listening and then learning the definitions for terms used such as ‘trailblazer’ ‘Supreme Court’ and ‘courage’. Women covered within these pages are: Ada Lovelace, Florence Nightingale, Coco Chanel (see why we don’t support featuring Coco Chanel in your classroom here), Rosa Parks, Maria Tallchief, Wilma Rudolph, Sonia Sotomayor, Ruby Bridges, Maya Lin, and Malala Yousafzi. The last two pages have twelve more featured ladies, with a short description of their work best known for.

This book is a simple introduction to both feminism and reading, great for early readers or young children first being introduced to literature.

Joan Holub graduated from college in Texas with a fine arts degree, and then free-lanced as an art director at a graphic design firm for eight years. She dreamed of working in children’s books, so she moved to New York City and became associate art director in Scholastic trade books, where she designed books for children and worked with editors and illustrators. What a great job! In the 1990s, she began writing because she had story ideas that she thought would make good books. She submitted my stories to publishers, hoping they’d make them into books. However, they didn’t…at first. Back then, she called manuscripts she sent out “boomerangs” because she would mail them out, then they’d come right back, rejected. Eventually a wonderful editor named Jane O’Connor said yes. In 1996, I suddenly sold three manuscripts in three months to Grosset & Dunlap and Scholastic, including Boo Who? A Spooky Lift-the-Flap Book (Scholastic), which is still in print. Yippee! Now I write full time and have written and/or illustrated over 150 children’s books. I hope my books are so interesting and entertaining that kids can almost see the action, like a movie playing in their heads. 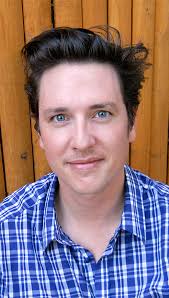 Daniel Roode is an illustrator and designer who draws inspiration from his French heritage, mid-century modern design, pop art, and nature. Daniel creates the bulk of his art digitally, an appropriate medium for his clean yet tactile aesthetic that has a distinct joie de vivre. He resides in Nashville, Tennessee, with his amazing wife Laura and their two funny cats.